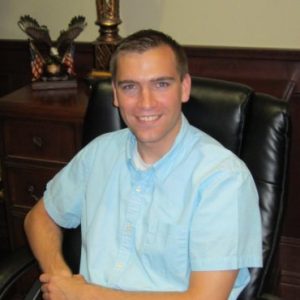 While a student, Dallin gained practical experience through employment. As a freshman, he was the youngest network analyst at BYU’s network operation center (NOC) and quickly rose to become the youngest supervisor. He coordinated major incidents including major network disruptions and a disaster recovery along with other high-priority issues. As a leader over the training team, he revamped how analysts were trained and certified in their responsibilities.

Dallin later became a support analyst at web-scraping company Mozenda. He quickly mastered the products and services provided and soon moved departments to become a quality assurance engineer. He wrote acceptance criteria, test cases, and advocated for better user experience which lead to a better overall experience for customers.

Dallin also interned at Hughes Network Systems, an satellite internet service provider. He headed a project to better analyze data by implementing and using Logstash, Elasticsearch, and Grafana and honed his Python skills while doing so.

While he finished up his Bachelor’s degree, Dallin became a network security engineer at BYU’s Office of Information Technology. Even as a student employee he wrote python scripts, analyzed network traffic, did DDoS mitigation, optimized next-gen firewalls, configured Cisco gear, and maintained content filters. For his senior capstone project he designed and built an intrusion detection system (IDS) using Bro.

Dallin also voluntarily gives presentations. He’s trained other employees, given workshops on security principles to students, presented at a conference, and presented to the community to raise security awareness and good practices.

In his current role, Dallin is a security analyst for a security company monitoring many clients.

If you want to see more information about Dallin, visit his LinkedIn page. You can view his reported vulnerabilities on Open Bug Bounty or the public disclosure posts where he focuses on nonprofit institutions.

The purpose of this website is to contribute back to the web community by posting solutions and examples to difficult issues Dallin has come across that might not be so easily identified in other places on the internet. It is also a way to share information about personal projects, trainings, and opinions. The views and opinions expressed on this websites are his own and do not represent the opinions or positions of any organization.